Another chemo treatment down. The chemo room was almost empty when I got there. That was a first. The lady who is a crafter was happy to see me. She had made some snack holder and wanted to show them to me. Other than talking to Loretta it was uneventful.

This is the next to last Chemo treatment so my nurse Brenda talked to me about ringing the bell the next time I come and what to expect. I'll ring the bell, they will take my phone to take video and a picture, I can invite others, I will get a certificate. That is interesting to me.  I wonder who came up with ringing the bell as the way to end this part of the Cancer Process.

Getting AC is not bad it is the after effects that's a bear and is wreaking havoc on my body.  This level of tired is beyond anything a human should endure. It is so bad if I walk (slowly) upstairs to get something I have to lay on the bed to rest before I go back downstairs. Since being on AC I've walked around the block once and had to rest on the benches to make it around.  I haven't walk around again because I don't want to pass out.  The exhaustion is real.


Neulasta Shot and After Effects


Well, I thought after the last shot verses the patch that I had found a way not to be balled up in pain...not so.

Somehow after this Neulasta shot I was in the same level of muscle pain as the patch.  I thought I was going to be okay until Thursday afternoon and my muscles ached and locked up. I was in a ball for two days again!  My nurse also told me even after my last chemo shot that I should get the Neulasta shot so I don't get sick.

O-k-a-y, so one more shot of this ridiculous drug.  It is on my list to research it  later.  I can't do it now because I'm not trying to buck the "system".  I'm afraid what I'm going to find is that some company came up this way of keeping the chemo shots on schedule (OR MONEY COMING ON A ROUTINE BASIS) for this cancer treatment "system"....however it literally incapacitates those taking it.  NEULASTA IS WORSE THAN CHEMO! 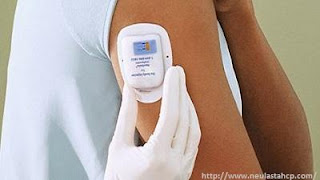 There is one cancer treatment lady I met early on name Marie.  She has the same type of breast cancer that I have and going through the same treatment plan. She wasn't there so I got concerned. I texted her to check on her and she said her white blood cell count was too low for Chemo mostly BECAUSE her insurance company did not approve the Neulasta.  Okay...deep. Again this Neulasta keeps the money flowing into the system and I don't think its necessary but will delay treatments like it did Marie.  I mean delaying treatments by MONTHS because instead of getting a chemo shot every other week it would getting  a hit monthly.  Again...I'll research this AFTER this is all over.


You have to go every other week. Tell them how you're doing and get blood work.  This doctor's appointment was beneficial the nurse practitioner  sent in a recommendation for a radiologist...which starts after surgery. She also put in the order for the post MRI which the surgeon will need before surgery. All of that was helpful!


I'm back to needing medical records sent to the disability company.  That is always like pulling teeth and crossing your fingers.  I know now that it takes a week to get this information and have the name and phone number of the one person at the Oncologist office who pulls and sends the information. This is like a blank dark hole...you just gotta hope it all happens and that you don't have to call, follow-up and expedite the process.


It's Thanksgiving time planning and my sister from Atlanta is having it at her house.  She didn't know I was going though Cancer treatment.  I feel like if I don't HAVE to tell people I'll let them know AFTER I'm though it all.  I'm not a drama person so just don't even bother telling people so they have to worry about it or feel they have to do something.

I had to tell her because I had to tell her yes I'll try to make it but not 100 sure because of my health.  I told her to go ahead and get tickets for a show she wanted everyone to go to and if I can't make it I'll send her the money for it. SO, before the effect of the Neulasta shot this time I was leaning toward going.  Then after how bad I felt/still feel I'm thinking I shouldn't take the risk.

I have been very careful about going out (even when to go to the grocery store) and getting sick.  I'm think a plane ride and crowds miles away is a BAD idea.  If nothing else because I will be OUT OF NETWORK if I got sick.  Medical insurance-wise that would mean $6,500 in possible Out of pocket/out of network expenses.  Even though another Thanksgiving isn't promised I don't think I can risk it.  Still not certain but if I'm going I have to get the plane tickets soon.


So, it's been a process getting the updated estate documents.  I thought on the Last Will and Testament I wanted to add a trust for Danaja and any future grandkids but after I read the clause I didn't like it, it was too complicated.

I could see how my money would be tied up in legal mumbo jumbo.  Just give it to David and trust he will do the right thing for himself and Danaja.

So now I'm ready to sign the Last Will and Testament, Durable Power of Attorney and Living Will. I probably wouldn't have done this had it not been for getting cancer so that's good.
Posted by Maria Williams "Ridea Richardson"
Email ThisBlogThis!Share to TwitterShare to FacebookShare to Pinterest
Newer Post Older Post Home