Well I forgot to post about the 7th Chemo Treatment and now the only thing I remember was that I got a call after it was over from the doctor's assistant to tell me that my Potassium level was low and that she was calling in a prescription for me to take to bring it up my Potassium levels.

I asked a lot of questions because I'm not completely trusting of her since my last doctor's appointment.

I'm can tell that she's aware that I am questioning her too much...but...I need to be sure...it is my health.

So I drag myself out of the bed and and go to CVS to pick up the prescription that I have to take for a week. The pills are as big as horse pills.

Everything else from that visit seemed uneventful...but maybe this was the visit were a non-profit brought in sandwiches, drinks and chips  That was nice.

When I got there, there was a new lady there who looked "rich".  You know how you can look at someone and know they've lived the good life (or at least a life with money available).  This lady looked like that.

She was older maybe 70 or so and by herself.  Although I knew she was not really by herself and that someone would eventually show up.  There as a distinguishing looking man with white hair "networking" on the other side of the room and he made his way over to the "rich" looking white woman.  That was her husband.

The lady did not have a port she was getting her infusion thru her veins.  She was also getting personal kit glove treatment.  It seemed like her husband was a doctor because all the treating nurses knew him.  Doctors from the practice were coming up to him to greet him.

I found out after they left that he was a retired doctor and one of the founding members of the Oncology practice.

It made me wonder why his wife did not have a port.

It was not working properly.

The cancer nurse could get fluid in but could not get blood back out. She said it was because there was something blocking it like a flap of dried blood over the opening.

We tried different movements with my head, my arm, my neck to get it to work.  It worked for one vile of blood but then not for the 2nd vile so I had to get blood drawn from my arm.

It was not very painful...still made me wonder about the port and the need for it since the "rich" lady with the doctor husband did not have one.

Eventually I got my treatment but now the port area was hurting because of all the sticking and readjustments.


I started talking to the lady name Tracy sitting next to me and she told me she had a rare form of blood cancer and she would never be "cured" only could go in remission. She said that she had been going to treatment for one year and feels she's almost near the end based on the blood count that they measure.

As I was listening to her I thought...so it could be worse.

All cancers are not the same.

I'd seen her before.  She comes in 2 days a week for her infusions.  She's retired from the school system and husband is on disability because of neuropothy which is what I am getting from the chemo treatments.  The doctor told  me if it gets too bad to let her know and that after about 6 months after Chemo treatments it should go away.


I got the bill for the cost of health insurance.  When you are on short term disability you have to pay your portion of health insurance directly to the health care provider or YOU LOSE YOUR HEALTH INSURANCE WHILE GOING THOUGH CANCER TREATMENT.  It is madness.  My first bill came in at $1,100!  It is for two months since they bill a month in advance. But still...wow...wow...wow.


I got a phone call from the health insurance company.  They left me a voice mail that a nurse wanted to talk to me FROM THE HEALTH INSURANCE COMPANY.

I am simply fascinated at the health care system.  At this point they have paid almost $70K for my care and I guess they need to find out how I'm doing.  That is exactly what it was.

I just sat there thinking about all the people who have "jobs" because of me and others getting cancer or some other critical illness. 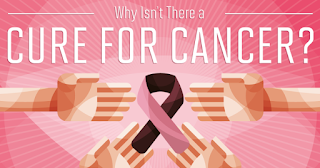 I'm not kidding I think the title of my mini TED Talk is going to be  "Cancer Provides Jobs!" I just keep thinking about all the jobs in play to treat cancer. It's incredible.  I think of all the marches to cure cancer, but it is not cured after all these years. They should just say the truth - we have an idea of the things that cause cancer AND we know cancer pays SO we will not eliminate it because cancer pays.  I'm now wondering what happens to all the money raised for a cure for cancer.  It makes me think of when I worked for a Police Department and one of the officers used to say..."Crime Pays"...meaning without crime they would not have jobs...same thing here...


I look down at my hands as I'm typing this blog post and I don't recognize them.  They look dark, wrinkled and old. I think it is because I'm washing them 10-20 times a day with dial antibacteria soap and it's too hoarse...but I don't want to get a disease.

I mean if I saw them I wouldn't know they are my hands.  I keep looking at them and wondering...hoping...praying...that I am being made anew/better and after chemo is over I will be restored/improved.  I'm wondering...hoping...praying I'm a better person, kinder and less cynical...yeah I know that's a tall order since this post was cynical!
Posted by Maria Williams "Ridea Richardson"
Email ThisBlogThis!Share to TwitterShare to FacebookShare to Pinterest
Newer Post Older Post Home