Into the third month of "Life After Being Diagnosed with Cancer" and I have a new attitude. 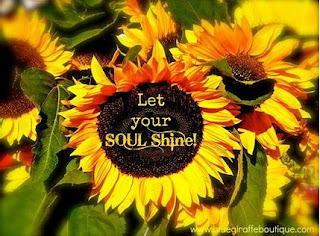 It dawned on me that if I can be happy (or Joyful) during time of my life I can be Happy (Joyful) during anytime of my life.  I can't figure out the word - happy, joyful, content - for this.  I don't think it is an emotion because emotions come and go.  Content is a bible term and more permanent.

My attitude walking into this week was one of...maybe its Accepting.  Accepting the circumstances and falling into as if I choose it.  This reminds me of two of a Joseph Campbell quotes:
This made all the difference in my outlook and how I treated people.

I read this week how a newscaster in New Orleans died in a freak plane crash. Her name was Nancy and how she treated people was a driving force for how people responded to her death.

I brought my new attitude into the session...except dealing with the front desk lady and the disability paperwork (see below).  I realize that I am a firm believer in getting it right the first time.  It's not just a slogan it's required.  I recovered but I was in business mode and ended that with being pleasant.

After I got through the paperwork request I was on the joyful code.  From the nurse who takes your vitals...she's pleasant...and because of that my blood pressure was good today.  I've gained 2 pounds in a week. I was starting to get concern because I was dropping lots of weight.  Now I have to lose the 2 pounds and maintain. I think it's the weekly steroids or the fact I started eating meat - chicken and fish - again.  I just didn't think I was getting enough protein and I need protein to keep my energy up.

When I sat down I greeted those that I knew:


For the majority of the time before the infusions started I was talking to Marie.  She's joyful and fun.  I also learned a lot because we have the same breast cancer - triple negative ductual invasive. We were both diagnosed at the same time I'm 2 treatments ahead of her. Things we discussed that I want to remember:
My chemo nurse started the process.

We had some problems with the Port but not as bad as last week. It took effort but she got the blood out to be able to do blood work. I like my Chemo Nurse, Brenda.  I feel lucky that I have her.  She's efficient, informative and kind.  I'm trying to figure out what to do for her and the crew on my last chemo day.  Maybe cookies from Costco and flowers for Brenda.  I don't know yet. The infusions began.

At the end I also talked to the other Chemo nurse about telling black americans about cancer.  There is somewhat of a stigma to this thing.  Honestly you don't want people to know.  It's a fail.  It's viewed negatively. This nurse who was black american said people need to see what cancer looks like, they need to know to get checked early to catch it early.  I'm kindof wondering my role in cancer advocacy.  I don't know yet.

Has been a bear this week!!!

Just keeping an eye of them.  Received two more small ones I was waiting for.

I created a spreadsheet from Anthems information so at least I can know which ones to expect, one I've paid and that are coming.

Basically I'm down to a few stragglers from May/June time frame that are coming in, the big one from Sentara Williamsburg for $3.5K for a crazy facility fee for a Biopsy.  One which I intend to negotiate down because I think it's highway robbery. This is the same bill that initially came in at my cost $18K, then my cost $5K.  I'm waiting on the final bill before I call them to discuss.  I'm willing to pay $2k as a one time lump sum payment and call it done.  We will see.

Anthems nutritionist finally called.  Just checking boxes.  I told her I was interested in meal prep information because I wanted to start cooking.  She will send me some links to recipes,  She was helpful. I'm looking forward to trying it...especially when I get back to work.

Sentara's nurse navigator made her monthly call. I missed her call so called her back and told her I was doing well.  Again this was after an attitude adjustment because before I saw the role as checking the box, unnecessary and just another person to "talk to" about something I wanted just to end.  I left her  a nice voicemail and intend to see the benefit in talking to her.
Posted by Maria Williams "Ridea Richardson"
Email ThisBlogThis!Share to TwitterShare to FacebookShare to Pinterest
Newer Post Older Post Home