Appt With The Doctor


Finally I had an appointment with the doctor. My last several appointments have been with the nurse. Doctor Tian is great!  So glad she is my doctor. She did not have the pathology results yet from the surgery so we talked about next steps if there was remaining cancer found during surgery. I would have to take pills for a couple of months.  If there was no remaining cancer found I would not need to take the pills.


I asked her why I needed to leave the port in and when I could get it out and she said because she needed to see the pathology report and because if my cancer is coming back it is coming back in two years. She "recommends" leaving it in for 2 years!  I told her that is NOT preferable but we will take it one steps at a time depending on the results.  Until removal I'll have to get the port flushed every 6 weeks...good grief! 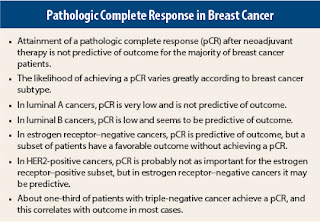 Katina called to check on me following surgery. I told her what I knew and that Dr. Tian did not yet have the pathology report and all we could hope for was the best. Katina explained to me what a "complete" response was...no cancer remaining and advised that is what we are hoping for. We talked about Christmas (which I'm not so much into anymore...gratefully...honestly research this tradition and where it came from).

Phone Call from The Oncologist


Dr. Tian called the next day after the appointment and told me said "Good News" she has the pathology report and I had a complete response to treatment.  There was no cancer found during surgery everything that was removed was scar tissue.  I will not need to go on the pills after radiation and she is alright with removal of the port.  Excellent!