My Day of Surgery Is Finally Here

This is the day I have been trying to get to for 7 months!


Pre-op was PAINFUL! The first nurse had a hard time finding a vein for the IV. Painful!  She couldn't figure it out and decided to wait until I came back from the Women's Unit.

Before the lumpectomy they wheeled me half-way across the hospital (in a wheel chair - in a hospital gown) to the Women's Unit to:

1. Have them do a "Sentinel Node Mapping" by putting 4 needles in my nipple of dye that would travel to the 2-3 lymph nodes the surgeon needed to remove in order to check to make sure the cancer had not spread beyond the breast. It was PAINFUL! 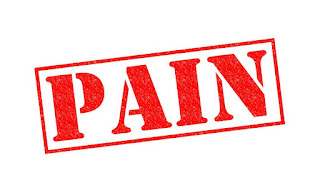 2. Have them do a "ultrasound-guided wire localization" by putting 2 wires (metal looking wires)  in my breast tissue to put a frame around the mass that the surgeon had to remove. The nipple needles were painful but the wires were TORTURE!  They were using an ultrasound to figure out where to put the needles and couldn't quite see where it should go so it was a lot of back and forth. The doctor doing it kept apologizing. He was a nice man doing a painful procedure.

It was helpful that I knew the ladies from the Women's Unit.  They were the same ones who did my mammogram, ultrasound and biopsy back in May. I was happy too see them and again they had done this hundreds of times so knew it was painful.  One of them gave me her hand to squeeze to blunt the pain for those two procedures (as she does this and I'm squeezing her hand I think about creating something to sell to the hospitals like a stress ball) ...then they tell me...

3. We needed to do a MAMMOGRAM with the wires inside of me. I thought they were kidding!  They were not.  More PAIN! Why is anything dealing with women's health so damn painful. As many women as there are in the medical field someone should be inventing more tolerable procedures.

So after these three procedures I'm wheeled back through the hospital back to the surgical unit and IN PAIN.

There is a new nurse there who was EXPERIENCED and put the IV in my hand without a problem. The anestheiologist and her crew came in and asked me some questions. The surgeon came in and looked at the computer screen about where they put the wires.  He then wrote his initials on my right breast. I guess that is part of the process of how they know the surgeon has been in.


I waited about an hour more before the surgery nurses came in to get me. They asked my name and asked me to tell them which breast was being operated on and what the operation would be.  Apparently operations have gone wrong in the past so this was a check point.

They take me on the gurney to the operating room where there were at least 8 people in the room!  I was shocked at the number of folks who were there. Again they asked me my name, what type of surgery and which breast for the entire room to hear...then...I felt the anesthesia going up my arm and I was out.


The lumpectomy surgery took about 2.5 hours. I woke up but don't remember anything from waking up to getting in the wheel chair to get to the car to go home...BECAUSE I don't remember putting on my  clothes and seeing the 5-6 inch scar on the side of my breast. Once I got home I saw it and was surprised it was so long.  I don't know what I was thinking...laser surgery...smaller scar.

Then I went on line and watched a lumpectomy surgery (not all of it...hard to watch...don't recommend watching it before the surgery)  and understood better why I had this large scar. Then I remembered how lucky I was to still have a right breast because I think any other surgeon would have done a mastectomy based on the length of the mass.

I didn't get a chance to see the surgeon before I woke up but he talked to my son. He told my son the lymph nodes were good...the cancer had not spread...and something about scar tissue.  So that was all good news.

When I got home I was in pain. By now I was just glad that I was almost at the end of this process of pain. I could endure it. I hesitated to take the pain medicine but I did because it was so much pain. The pain lasted about three days and then I was just really sore and bruised AND a sharp pain from the elbow down to my armpit.  The navigating nurse told me it was a nerve and would go away eventually.  I'm thinking just like the neuropothy in my feet will eventually go away.

It could always have been worse...I'm grateful for the surgeon, that the surgery went well, and that today I'm still alive and have both of my breasts.
Posted by Maria Williams "Ridea Richardson"
Email ThisBlogThis!Share to TwitterShare to FacebookShare to Pinterest
Newer Post Older Post Home